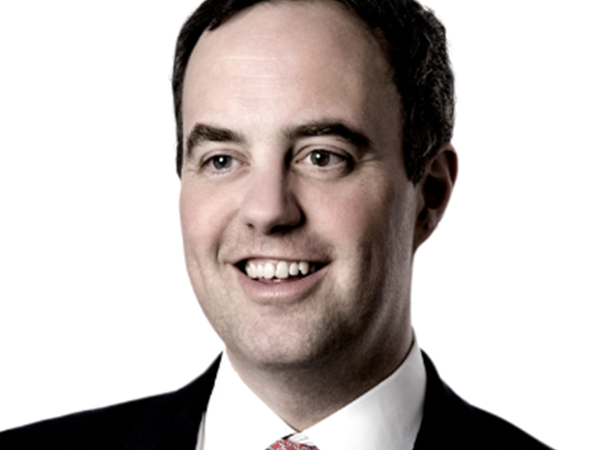 2021 opened in a shroud of despondency as the UK and other parts of the world were plunged into new lockdowns driven in no small part by the precipitous rise of the new Alpha (Kent) variant. However, with the rapid rollout of the COVID-19 vaccination programme and the end of the pandemic clearly in sight, the economic and stock market news was more cheerful. After a sharp decline in January, UK retail sales rose from February through to May, unemployment had fallen to 4.7% by the end of April and surveys showed business confidence at multi-year highs.

It was a similar picture abroad as the US and other major economies continued to recover sharply - the American unemployment rate, which had stood at a whopping 14.7% in April 2020, had fallen back to 5.5% by the end of May 2021. Even so there were tentative signs towards the end of the six-month period that the pace of growth is slowing: the much-anticipated US ISM PMI manufacturing survey has continued to expand albeit at a softer pace as the ISM declined to 60.6 from 61.2 in May while the employment index dropped into contraction territory below 50 for the first time since last November.  Regional surveys by Federal Reserve banks conducted since that last ISM survey similarly suggest that peak growth has arrived, and that improvement is now slower — although they are still very positive. The absolute levels tend to be less important than the direction of travel, and on this the Philly Fed and Empire State surveys, of the Philadelphia and New York regions, are consistent.

Nonetheless, stock markets inhaled any whiff of recovery and the UK’s index of 100 leading shares finished up 10.9% over the first half of the year and the US market up 14.9% (in sterling terms). The ten-year gilt yield rose to 0.72% and sterling finished at 1.38 versus the US dollar, up a tiny bit since the start of the year.  One of the welcome features of the last six months has been a return to favour for UK equities, triggered in no small way by cheap valuations and a highly successful vaccine rollout.

Following the sharp slowdown in activity during the early part of 2020, the animal spirits that encapsulated much of the previous decade are riding high again. The first half of 2021 saw the largest level of private equity deal making ever and SPACs (essentially a rehash of the old-fashioned cash shell) have become the latest acronym to join the alphabet soup that characterises the modern-day investor lexicon.  Even on the periphery stage of the UK market, household names such as Morrisons, John Laing, and the property developer St. Modwen received bids from cash rich (or debt heavy) suitors.  Meanwhile new issuance continued apace not least in the UK investment trust sector which raised £6.3bn, a record for the first six months of the year.

Emerging market equities have been relative laggards now since the vaccine announcement last November. They have been held back in part by increasing regulation/state interference on Chinese technology companies, concerns about slowing credit growth and the slow rollout of COVID-19 vaccines.  Despite at one point some truly horrendous data coming out of India’s second wave of COVID-19 infections in April and May, it would have been natural to expect the country’s stock markets to take a hit. Yet the Indian indices shrugged it off and are up almost 12% in dollar terms year-to-date, double that of the MSCI Emerging Markets Index. Even during the peak of the wave Indian equities saw only a very modest impact.

One of the extraordinary consequences of the last eighteen months has been the level of pent-up savings built up by the affluent consumer after a long period of lockdowns and inability to spend on holidays, eating-out and entertainment.  In the US, pent-up savings are estimated to account for a whopping 8% of GDP and 12% of disposable income.  In the UK, previously dull business models such as Watches of Switzerland have seen their share prices rise four times over as consumers have had nothing to spend their money on apart from expensive watches. Looser fiscal policy, looser monetary policy, a very strong banking system and the high personal savings rates has helped drive a very sharp pickup in demand.

The catch to all this remains the distinct possibility of the re-emergence of inflation. After years of quantitative easing and ultra-loose monetary policy post the Great Financial Crisis, inflation became the dog that did not bark: ultimately the long-term deflationary triumvirate of technological innovation, globalisation and ageing populations were enough to keep the lid on the inflationary genie for much of that previous decade.  However, in response to the pandemic a whole new wave of easing, even lower rates and - importantly - unprecedented fiscal stimulus in terms of job packages and Biden’s latest American Rescue Plan (which at $1.9trillion is larger than most countries’ annual economic output), could well prove to be the catalyst for higher inflation. In the UK the annual rate of inflation now stands at 2.1%, the highest it has been for over two years.  In the US, that annual rate had accelerated to 5% by the end of May, admittedly boosted by comparisons with figures from last year during lockdowns when prices plummeted because of collapsing demand for many goods and services.

Bond markets appeared largely unfazed given that inflationary concerns appeared to peak in late March when the US ten-year reached 1.74% from a low of 0.4% last summer.  Although pretty small beef in absolute terms, it does represent the sharpest percentage increase in bond yields since the early 1980’s. However, the last two months have been characterised by a seemingly relaxed acceptance that this spike in prices is, in the words of the central bankers, “transitory”.  Certainly the behaviour of the long duration, lower for longer growth stocks would support that thesis. Microsoft shares were down around 10% at one point in mid-March. By the end of June they had reached new highs and in terms of market capitalisation, along with Apple (and briefly Saudi Aramco), joined the $2 trillion club.

The racier technology stocks accentuated this trend: the Goldman Sachs Non-Profitable Technology Index was down a third at one point and has recovered sharply since then.  It is telling that, once again, just as it looked like domestic, value stocks might have their time in the sun again, it was the overseas, growth stocks that continued to post the higher returns over the six-month period.

The sharp recovery in earnings that we talked about in 2020 is now here. As ever, stock markets tend to anticipate a recovery and march ahead in advance, but as comparatives on earnings numbers become harder, markets could struggle to grow at the same pace over the next six months. Yet we enter the second half of the year with quiet optimism, grateful that a vibrant global economy shows little signs of the permanent scarring that we first feared during the depths of the pandemic last spring.

This publication has been produced by Vermeer Investment Management Limited (VIM) trading as Vermeer Partners. It is provided for information purposes only. VIM makes no express or implied warranties and expressly disclaims all warranties of merchantability or fitness for a particular purpose or use with respect to any data included in this publication. VIM will not treat unauthorised recipients of this publication as its clients. Prices shown are indicative and VIM is not offering to buy or sell or soliciting offers to buy or sell any financial instrument. Without limiting any of the foregoing and to the extent permitted by law, in no event shall VIM, nor any of its officers, directors, partners, or employees, have any liability for (a) any special, punitive, indirect, or consequential damages; or (b) any lost profits, lost revenue, loss of anticipated savings or loss of opportunity or other financial loss, even if notified of the possibility of such damages, arising from any use of this publication or its contents. Other than disclosures relating to VIM, the information contained in this publication has been obtained from sources that VIM believes to be reliable, but VIM does not represent or warrant that it is accurate or complete. VIM is not responsible for, and makes no warranties whatsoever as to, the content of any third-party website referred to herein or accessed via a hyperlink in this publication and such information is not incorporated by reference. The views in this publication are those of the author(s) and are subject to change. VIM has no obligation to update its opinions or the information in this publication. This publication does not constitute personal investment advice or take into account the individual financial circumstances or objectives of the client who receives it. Any securities discussed herein may not be suitable for all investors. VIM recommends that investors independently evaluate each issuer, security or instrument discussed herein and consult any independent advisors they believe necessary. The value of and income from any investment may fluctuate from day to day as a result of changes in relevant economic markets (including changes in market liquidity). The information herein is not intended to predict actual results, which may differ substantially from those reflected. Past performance is not necessarily indicative of future results. This material has been issued and approved for distribution in the UK and European Economic Area by VIM. ©2021 Vermeer Investment Management Limited. All rights reserved. No part of this publication may be reproduced or redistributed in any manner without the prior written permission of VIM.