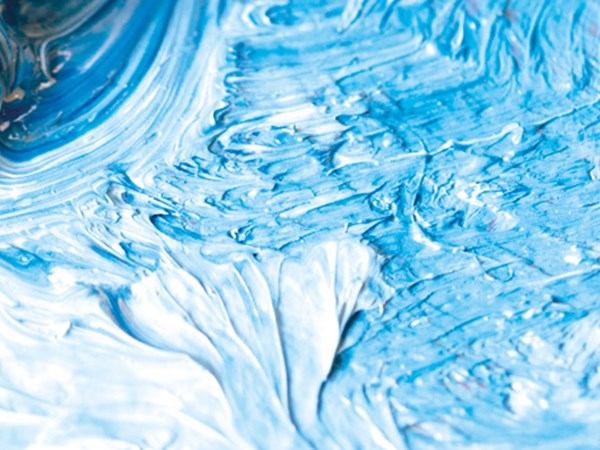 2020 was a year like no others where a once in a generation global pandemic saw governments around the world prioritise public health at a massive long-term economic cost.  While the outbreak of Covid-19 itself will be a finite event, its consequences will have far reaching reverberations leading to a major re-evaluation of how we interact, work and travel.

From an investment perspective, however, you could be forgiven for wondering what all the fuss was about.  Global equities finished the year up 13%. Interest rates fell from what were already very low levels to practically zero and currencies remained largely flat.  That, of course, masks huge fluctuations during the year particularly in March when we saw almost unprecedented levels of volatility in global markets.  By late March world markets were down over 30% before recovering powerfully. The UK market was down 13% over the year, hampered by the value make-up of the UK indices, dividend cuts and ongoing concerns over Brexit.  Once again, a global outlook helped UK investors navigate the storm.

This was very much a year of divergence across sectors and one that ought to have reinforced the merits of active over passive investment.  Technology and healthcare stocks raced to new highs, while financials and oil & gas companies stumbled.  But two forces conspired to trip the active investor.  First, the leaders were a handful of large technology companies whose dominance continues to skew market indices.  The five largest technology companies now make up over 25% of the S&P 500 Index and Apple alone now has a market capitalisation broadly equivalent to the combined value of the UK’s largest 100 shares.  Tempting as it may have been, a portfolio that overweighted these companies would have looked very one-sided indeed.  Second, 2020 saw the traditional investor pursuit of dividends suffer another kick in the teeth.  Research shows that one of the consequences of the pandemic was that nearly 500 UK companies cut dividends during the year with pay-outs around 40% lower than the year before.  In the case of Royal Dutch Shell it was their first dividend cut since the Second Word War – a seismic event for old-style income investors.

There was an element of déjà vu when, as with previous stock market falls, the central banks’ cavalry charge came to the rescue.  Having learnt from 2008, the Federal Reserve acted swiftly and decisively by buying and underwriting corporate, state and municipal bonds, credit card debt and auto loans, as well as lending directly to corporations and small businesses.  This provided much needed support to the market and, looking back, it seems an incredibly short period of the time that stocks were technically in free fall. The peak to trough in the S&P 500 index lasted for only 23 trading days – arguably the shortest and sharpest bear market ever seen.

But the talking point of 2020 really centred around the businesses and sectors that were able to pull through the crisis.  Large technology companies continued their dramatic ascendency and in a flash we learnt to work and socialise from home.  Zoom (shares up 350% in a year) was something most of us had never heard of before.  It is now, along with to google and to uber, a verb that sits at the very heart of the English lexicon.  Meanwhile more established players such as Amazon and Microsoft benefited enormously from the pandemic as their products and services became essential tools during national lockdowns.  Indeed, it was Microsoft’s CEO, Satya Nadella, who at the end of April issued the statement of the crisis:

At the same time, it took an almost unprecedented economic shock (the UK saw its biggest hit to GDP since the Great Frost of 1709) to remind us of the strength of some of the world’s leading investable brands.  Despite periods of volatility in February and March, many growth companies were able to demonstrate resilient revenues and operating margins.  Examples included: Nike, now pre-eminent in its brand positioning; LVMH, the world’s leading seller of luxury goods; and Paypal and Visa which enjoy fortress positions in online payments.

Of course, not all regions suffered from economic decline.  China – which astonished the world when it shut down Wuhan, the centre of the pandemic, in January – saw its inexorable rise gather new pace as its GDP continued to expand and industrial production numbers started to look more and more impressive.  The advantages (?) of a centrally run system and an authoritarian regime meant that China, as well as other Asian economies, were quick to lockdown and tackle the virus.  Other fast-growing regions such as India, the world’s second largest population, were more chaotic but have exhibited impressive recovery since March.  Emerging markets have under-performed relative to developed markets for much of the past decade – the 2020’s may well see that trend reverse.

Closer to home, the UK begun the year with a sense of optimism amidst a resounding Tory majority at the general election and a successful withdrawal from the European Union at the end of January followed by the start of an 11-month transition period.  While at times the prospects of a palatable post-Brexit trade deal looked more and more remote, in true dramatic style – just as those of us with young families were hanging the stockings and placing brandy and minced pies by the fire place – a trade deal was announced on Christmas Eve. The 1,246 pages of legal text will take some time to digest but a resolution to this most complex of deals will give welcome support to the UK market next year and initial positives appear to be the lack of any meaningful tariffs or quotas.

Meanwhile in the US we have a new president to look forward to and relief – from a stock market perspective – that the much anticipated “blue wave” failed to materialise assuming that, following the two Georgia runoff races in January, the Republicans retain control of the senate.

And so, as we end the year in the midst of worsening Covid-19 data and a series of what now appear to be interminable lock-downs and stay at home orders, we cling onto that great beacon of hope that is medical science.  In early November, news of the Pfizer vaccine was closely followed by that of Moderna and finally AstraZeneca (in conjunction with Oxford University).  We don’t pretend to be medical experts at Vermeer Partners but Pfizer’s c.95% efficacy is a stunning result produced by legions of doctors and scientists mobilized to find a solution to this gravest of pandemics.  And the year closed with further positive news from AstraZeneca.  As we start to see the vaccines rolled out life will return to some degree of normality, hence we have argued for some time of the importance of balance in portfolios: while technology and healthcare stocks have shone brightly during the pandemic, a post Covid-19 world will place unloved hospitality, travel and retail stocks back in the spotlight.  We saw a flash of that in early November when news of potential vaccines sent some cyclical shares up 20-30% in a morning.

While 2020 has been a year scarred by loss in which many families have suffered untold hardships, the focus will soon be on mass vaccinations, scalable testing and businesses re-opening. This time last year no one was able to foresee what 2020 had in store, and we are hesitant to make predictions for the year ahead, but at least we can now see a route out of this terrible pandemic and a gradual path back towards normality.

This publication has been produced by Vermeer Investment Management Limited (VIM) trading as Vermeer Partners. It is provided for information purposes only. VIM makes no express or implied warranties and expressly disclaims all warranties of merchantability or fitness for a particular purpose or use with respect to any data included in this publication. VIM will not treat unauthorised recipients of this publication as its clients. Prices shown are indicative and VIM is not offering to buy or sell or soliciting offers to buy or sell any financial instrument. Without limiting any of the foregoing and to the extent permitted by law, in no event shall VIM, nor any of its officers, directors, partners, or employees, have any liability for (a) any special, punitive, indirect, or consequential damages; or (b) any lost profits, lost revenue, loss of anticipated savings or loss of opportunity or other financial loss, even if notified of the possibility of such damages, arising from any use of this publication or its contents.  Other than disclosures relating to VIM, the information contained in this publication has been obtained from sources that VIM believes to be reliable, but VIM does not represent or warrant that it is accurate or complete. VIM is not responsible for, and makes no warranties whatsoever as to, the content of any third-party website referred to herein or accessed via a hyperlink in this publication and such information is not incorporated by reference. The views in this publication are those of the author(s) and are subject to change. VIM has no obligation to update its opinions or the information in this publication. This publication does not constitute personal investment advice or take into account the individual financial circumstances or objectives of the client who receives it. Any securities discussed herein may not be suitable for all investors. VIM recommends that investors independently evaluate each issuer, security or instrument discussed herein and consult any independent advisors they believe necessary. The value of and income from any investment may fluctuate from day to day as a result of changes in relevant economic markets (including changes in market liquidity). The information herein is not intended to predict actual results, which may differ substantially from those reflected. Past performance is not necessarily indicative of future results. This material has been issued and approved for distribution in the UK and European Economic Area by VIM. ©2019 Vermeer Investment Management Limited. All rights reserved. No part of this publication may be reproduced or redistributed in any manner without the prior written permission of VIM.