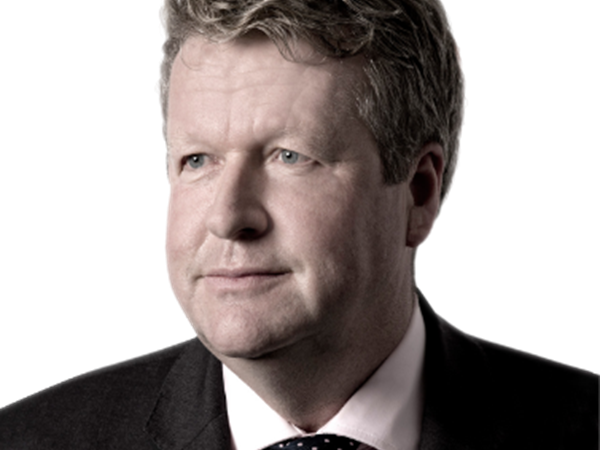 The main purpose of our quarterly thought piece is usually to focus on what we see coming down the road, rather than glancing in the rear-view mirror.

However, on this occasion it is worth looking at what has driven markets during the third quarter, since performance was more chequered than it has been for some time and the fact that, in our view, it is an indication of what is to come. Although we have not altered our view that there will be no major shift in markets whilst central banks keep the Quantitative Easing (QE) taps fully turned on, we would argue that many of the current issues and problems impacting most asset classes are portents of what we should expect in the immediate future. As the Scorpions song of 1991 described we detect a “Wind of Change”. A combination of 12 years of uniform economic conditions have lulled most markets into too relaxed an approach to shifts in both specific news flow and general indicators. We are not opining on whether these changes will be positive or negative overall, but we believe you ignore them at your peril.

The first part of Q3 was pretty much a rerun of the rest of the year, with most asset classes responding well to good news and quickly recovering from any short-term setbacks. Central banks and governments made generally positive comments and continued to kick the can down the road with regard to making any significant policy changes, namely a reduction in QE ie tapering and / or a rise in interest rates. This changed in September as markets finally reacted to the cumulative impact of a slew of poor news flow, all of which merit further discussion since they are likely to persist for some time.

What really seemed to spook investors was a catalogue of bad news coming out of China. General slowing of growth was swiftly followed by various government crackdowns on specific industries and companies, and then the rapid deterioration at the country’s largest real estate developer Evergrande. We rarely pay too much attention to specific items of Chinese economic data since it is of questionable quality and rarely tells us much. We see it as a major and dynamic economy that continues to grow but is in the midst of a periodic realigning of priorities, which its political structure gives it unique ability to enact. Without getting into the specifics, we see this realignment as broadly an attempt to de-lever the corporate sector and an attempt to focus resources on areas the government think are of economic worth ie: not gambling in Macau, social media, private tutoring and big companies moving off-piste, (particularly where it involves lending). This may be frustrating for Western investors, but recent approval ratings suggest it is supported by the Chinese population. We may be wrong, but we believe this will pass and a very sharp correction in Chinese markets presents an opportunity for longer-term investors.

After a remarkably sanguine reaction to mounting inflation numbers across the globe, markets have finally started to fret. We have commented at length in our previous missives on the prospect of very high inflation in the short and medium term and have been largely correct. We tear our hair out with regard to the fashionable debate as to whether it is “transitory” or “structural” and that it is a series of one-offs. It really does not matter. Getting back to our original point - ignore change at your peril. Inflation is a rate of change, not an absolute level. Whether it persists at a low rate for many years or leaps over a shorter period, the end product is the same ie most people suffer a drop in spending power. The fact is inflation is being witnessed and felt across a very wide number of areas and there is more to come. Food, fuel, electricity and gas are already very high. Add in higher taxes, rented accommodation costs and the general lag of input cost rises equating to retail prices, and the average global consumer will find themselves with a lot less money in their pockets as we head into 2022. That’s fine if you are lucky enough to have had a decent pay rise but increasingly that is only for the minority who are willing to change job. If this changes then we are into fully blown wage spiral inflation, which for those of you who can remember the 1970s will know is not a pretty sight. Companies with strong economic moats and pricing power will be all the more important in such an environment.

Most of the above applies across the globe to varying degrees, but it is particularly prevalent in the UK due mainly to the delayed impact of Brexit. Inflation is a supply side issue at the moment, so anything that further impedes the realignment of supply chains is very bad news. You will have your own views on whether this is a required readjustment period or a more serious sign of a poorly invested domestic economy with an incapable government. But either way, it is not going away any time soon and there will be further significant disruption. The UK is also not alone in suffering from a distinct lack of productivity growth over the last 20 years, but it would be good to see Government taking a lead on this area in terms of more aggressive fiscal policies to encourage investment, and better incentives to reskill the workforce. Simply allowing the market to pay more to certain workers will do nothing to aid “levelling-up” and will be no more than a short-term sticking plaster. The fact remains that ultimately the only way out of the current chasm of government debt levels, is for a period of steady growth and inflation to deflate the value of the debt over time.

The only other counter to avoiding even higher levels of inflation is a reduction of corporate margins. We have been concerned for some time that aggregate corporate margins are too high but have witnessed them continue to climb. Bulls will argue that many of today’s largest companies have inherently higher margins, but we have heard that before and we are really only interested at the aggregate level. Higher levels of inflation will flush out weaker franchises who do not have the pricing power to pass on cost increases to customers. There is a chance however that even the strongest franchises will allow margins to ease by not increasing prices or upping investment. If this is the case, then it will be necessary to exercise extreme caution on individual equity investments. Certain parts of the markets command very high valuations based on the sun shining all day.

We have tended to focus on the negative impacts, which is inevitable given the exceptionally long positive run-up in markets. However, there is much to be optimistic about: we are learning to live with Covid; we are starting to understand better where some of the longer-term changes to demand and supply are occurring; businesses are starting to adapt to these new conditions; inflation will sort the wheat from the chaff in terms of truly strong franchises outperforming those that have merely ridden the rising tide. We continue to believe that a well-structured portfolio of diversified assets can produce attractive returns.

And the Beat Goes On