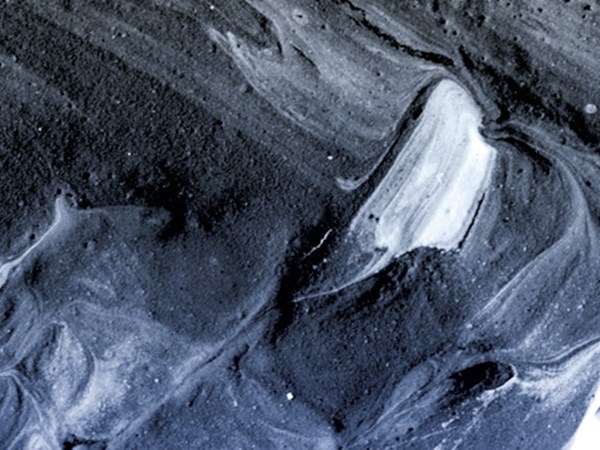 Usually in these pieces we expound on the outlook for the various parts of the world where we invest our clients’ money. On this occasion we thought it would be of use to focus on what appears to be the one thing that is on most investors’ minds at the moment, namely, inflation. It has moved into sharp focus as central monetary authorities and governments have pumped up economies in an attempt to ward off the impact of the pandemic, by basically printing money.

Most economic theories tell us this should lead to inflation, but all the economic indicators suggest it is not doing so. We do not claim to be the world’s best economists or market commentators, nor reliable forecasters or predictors, but we consider it helpful to explain the current debate and to address in layman’s terms the pros and cons of inflation in its own right.

One of the most difficult issues with inflation is that many people have never really experienced it as a problem and therefore have no real context as to whether it is good or bad. This CIO regards himself as pretty long in the tooth, but has only vague memories of a sharp rise in the price of sherbet dib dabs at about the same time as coins were changing shape in the early 1970s. Younger generations will have seen short term bursts of inflation effectively masked by the economic growth of the 1990s and 2000s. Those even younger market participants, who only have the post Global Financial Crisis (“GFC”) decade as a reference point, will wonder what an earth all the fuss is about. Older investors will remember the high profile 1970s and 1980s proclamations by the likes of Margaret Thatcher (“Inflation is threatening to destroy our society” – 1974) and Ronald Reagan (“Inflation is as violent as a mugger, as frightening as an armed robber and as deadly as a hit man” - 1980). They were, to be fair, commenting on rampant high-teens inflation, but nonetheless, this certainly instilled an inbuilt fear of the dreaded “I” word, which was right for some, but not for others. We will return later in this article to who actually wins and loses from inflation.

Against this backdrop of mixed experiences with inflation it is often difficult to know what you should be cheering for. The main disadvantages of inflation are generally perceived to be: it creates uncertainty which can lead to a lack of investment; inflation in an individual country can mean that country becomes less competitive; unless wages grow in line with inflation, which is unlikely, individuals become poorer; the real value of savings decline unless returns on savings ie interest rates are at least in line with inflation, which is again unlikely; and if it gets out of hand it can seriously harm an economy as the only way to break the vicious circle of people expecting higher prices leading to even higher prices is to engineer a recession.

The most important advantage of inflation is that it reduces the real value of debt, ie the amount of money that is borrowed stays constant as prices rise. This is particularly crucial at the moment since the only long-term solution to the current massive government debt pile will be for it to deflate ie most governments would like steady, controlled inflation. This is also particularly pertinent for many UK citizens since many people have mortgages which benefit from the same mechanism ie the amount you borrowed as a mortgage stays the same and if house prices rise in line or ahead of inflation then people accumulate large amounts of profit / equity over the usual 25-year term of the mortgage. Inflation also allows wages and prices to adjust to their “real” levels ie prices are difficult to put up if there is no expectation they should do so and pay cuts are much more difficult than pay freezes. What is undoubtedly true is that inflation is iniquitous in that it hits the poor hardest. They are ambivalent to the arguments on debt and savings since they rarely pay off the former and have none of the latter. The cost of basic goods and necessities invariably rise and since they form a greater portion of their overall expenditure, the fact that their state provided or low hourly wage incomes do not move in line with inflation has a severe impact.

The reason inflation is such a hot topic at present, is that markets have finally started to fret that a number of issues are conspiring to facilitate its return and that these will be bad news for several areas of investments. The vast amounts of money injected into the global economy both by central banks and individual governments has staved off the impact of the GFC and Covid-19, but it has been delivered in a very blunt fashion and much of it has seeped its way into financial markets. This has undoubtedly driven some areas to new highs and is perhaps best illustrated by the huge rise in activity levels by retail investors both directly and indirectly. The world is also certainly a more insular place than it was five years ago, and the march of globalisation has at least paused, creating short term decreases in efficiency and increases in the cost of trade.

Nobody is quite sure why inflation has been so subdued but the “Trade, Tech & Titans” ie the increase in global trade, advances in technology and the success of some very large companies theory, seems likely to explain a lot of it. Add to those the normal list of issues that always arise, such as unusually cold weather in the US, blockages in the Suez Canal and geographic specific incidents such as Brexit and the Inflation Cassandras can paint a bleak outlook for inflation running away with itself. At present the sharp reduction in demand for certain goods and services created by the impact of Covid-19 has masked any inflationary pressure from the above but at some point, demand will recover. Indeed, some suggest that a really sharp rebound in demand, a shortage of supply due to ongoing restrictions and a Roaring Twenties style expansion could be the catalyst for an inflation boom.

If inflation does indeed reappear at a high level, then the next question to be answered will be whether it is of a permanent or transitory nature. The US Federal Reserve and US Treasury, which seem to sing from an identical song sheet at present, certainly believe it is the latter, and at least publicly are rock solid in their belief that they can control it. Empirical evidence of this is not in their favour. Most periods of very high inflation have only been ended by enforced recession or major political upheaval. The issue is that once the genie is out of the bottle it is pretty much impossible to get it back in again. Pretty much the only policy tool virtually all the central monetary authorities have left in their bag is to reverse the huge amounts of liquidity they have injected into the global economy via Quantitative easing (QE) and other programmes, and let interest rates rise ie let the gas out of the balloon. This is uncharted territory for everyone. Many argue that similar inflation concerns were prevalent at the time of the GFC, and it never appeared. Our main concern with that comparison is that the majority of QE in 2008-10 went into repairing and replenishing bank balance sheets and was never lent. This time large portions of it have gone direct to consumers, many of whom did not need it and have therefore saved it or invested it into markets. The conundrum now is will they spend it as life normalises or will they continue to hoard it for a rainy day.

So, in the words of the immortal Elvis Costello, to whom we owe this article’s title “Pump It Up until you can feel it” would seem to nicely encapsulate the current dilemma. Central banks and governments appear to believe they have found an unlikely utopia where hugely inflated balance sheets ie more debt comes with no adverse consequences and economic growth. They all agree that it has to end at some point but keep finding reasons to extend it just a little bit further. Nobody, in our view, has come up with a credible plan as to how to unwind it. If this situation persists then the spectre of inflation, and more worryingly if it were to spiral out of control, will be lurking in the shadows for some time. The markets will continue in our view to play a game of chicken with the Federal Reserve (“Fed’) in the US, gradually pushing bond prices down and bond yields up to try to tempt the Fed into jumping in and buying the bonds. Although the inflation issue is very much a global one, the battle will predominantly be a US one due to the sheer scale of its stimulus package. There could be a problem in the future of a one size fits all set of policies across the globe not being appropriate for economies recovering at very different rates and with their own structural problems.

Traditionally inflation would be bad news for bonds, because ensuing higher interest rates would reduce bond prices, and good news for equities, since inflation tends to be associated with strong growth. In the past decade most asset classes have moved in a highly correlated manner ie they have all gone up so this time around it may be bad for most investments. Bonds will certainly suffer, and indeed have already started to. The equities that have performed really well have tended to be those where the market has felt comfortable looking far out to the future and rewarding them with high prices now. As the future becomes more uncertain appetite for these stocks is likely to reduce. Other equities, perhaps with lower quality franchises, will struggle to deal with the changes in prices which will occur for both the costs of their supplies and prices they need to sell at.

From a portfolio perspective, all of the above points to continuing to hold a pool of well diversified assets with the usual focus on quality. Equities with proven franchises, strong balance sheets and crucially pricing power will continue to prosper. In addition, certain geographies will suffer less, so increased exposure to more insulated markets such as China, Japan and India will be appropriate. Index-linked bonds where coupons rise with inflation offer better, but not complete, protection than conventional bonds. Real estate and infrastructure offer selective pockets of inflation protection. Gold is traditionally regarded as an inflation hedge, ie it performs well in periods of high inflation. Commodities generally prosper in these periods and natural resources as a whole will be an interesting area. As ever at Vermeer Partners we seek to build portfolios which can produce positive returns in a variety of economic conditions and although we are not fearful of adjusting our views when things change, we believe a balanced approach remains the most appropriate.